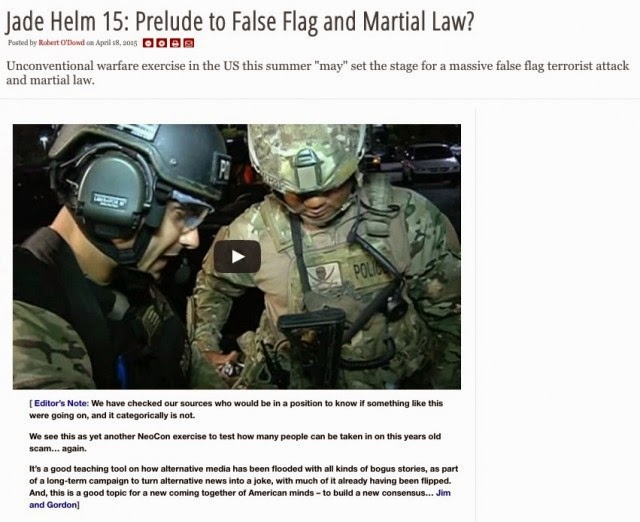 ---Things have gotten really strange in "conspiracy land". Veteran's Today is either experiencing actual in-fighting or they are showing they are a part of the PSYOP. You decide--

Inside a closed Walmart in California Something is wrong right here at Veterans Today. A former Marine, who has published many articles here, was slammed by Gordon Duff and by Jim Dean for perpetrating “a hoax” by raising concerns about this mysterious “training op” called JADE HELM. I admire VT and like Gordon personally, although from time to time we have a divergence in our point of view. I have never felt as positive about Jim Dean because, as an old-time reporter and editor, he has come across to me as having an anti-academic prejudice, which I as a former professor have sensed from our initial encounters.

But that doesn’t mean he’s wrong. Robert O'Dowd But let’s consider the case of this article and its author, Robert O’Dowd. Although I had not read any of his work at VT before, I thought it was raising a perfectly appropriate issue as to whether or not JADE HELM, which is an operation that covers at least seven states (and now seems to have expanded to five or six more) could possibly be the cover for imposing martial law under the pretext of conducting operations in urban settings, which are meant to train personnel “for foreign operations”, where nothing about this has struck me as right from the beginning. As a consequence, I was glad to see he had published about it: O'Dowd's article with Editor's Note
But I could hardly believe the response from Gordon and Jim. Not only did they “tag team” Robert and imply that he had been played for a sap but asserted that, “We have checked our sources who would be in a position to know if something like this were going on, and it categorically is not.” The problem with this approach is that we ordinary readers are not in the position to verify “their sources”. This is a classic appeal to authority, where we are supposed to take their word for it. And while I might be disposed to accept those assurances on routine matters, in this instance, the case of JADE HELM is anything but “routine”.

It further astonished me that Jim Dean would reiterate his and Gordon’s position in both the facebook and ordinary comments sections on O’Dowd’s article, which you can easily confirm for yourself. This left some readers, such as Bonny Amey, at a loss as to exactly what was going on. And, indeed, others expressed concern, even in the ordinary comments section, where O’Dowd (in my view, with complete justification) submitted his resignation as a journalist for VT on facebook, explaining that he did not appreciate being used as a whipping boy for having published “a bogus story”, especially when the facts are still in doubt: 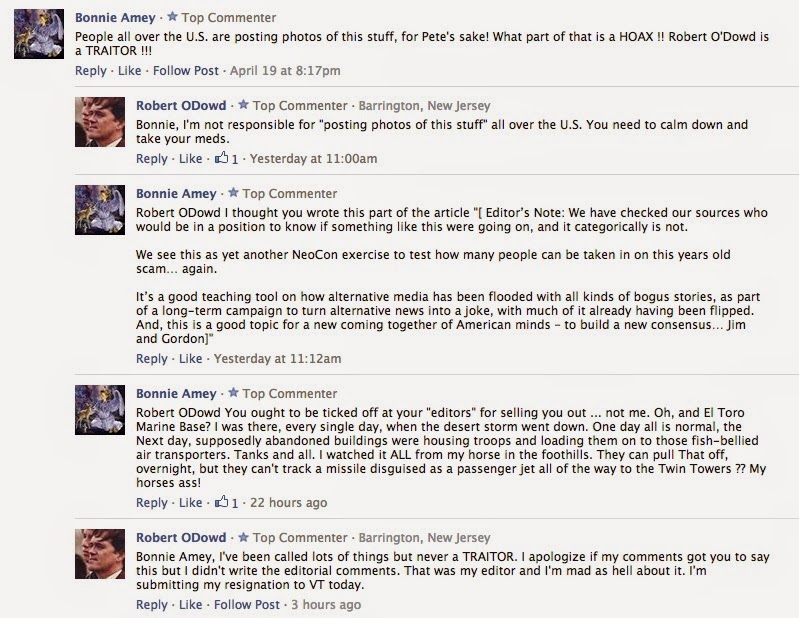 Jim Dean comment Exchange between Bonnie and O'Dowd Robert O'Dowd's resignation So is this “a bogus story”? The fellow who seems to be arranging this op and speaking about it in public is one Tony Mead, where his characterization of “JADE HELM” is reasonably elaborate, involving the use of Army Green Berets, Navy SEALS and representatives of the other branches of the US military, which suggests that those who have asserted that this only involves “the national guard” appear to be wrong. Indeed, if what he is telling us in this video presentation is correct, then the appeal to “the national guard” is a bogus story, which troubles me because I heard it from Gordon Duff. But perhaps he had not looked into the situation deeply enough.
If Gordon had not looked into the situation “deeply enough”, however, then it makes no sense for him to have attacked Robert’s article and assailed him as a dupe who was pushing “a bogus story”. I was troubled enough by all of this that I brought together a group of four guests, including Terri from Nebraska (who had sent me many links), Robert O’Dowd himself (as the one who had raised this issue on VT), Preston James (whom I regard as one of the most astute intellects I have ever known), and last but not least (as a late arrival), Dennis Cimino (with whom I have co-authored multiple articles here) to try to sort all this out:

While I think we made progress in sorting this out, none of our considerations supported the idea that this was “a bogus story” and that no one should be concerned. It came as news to me when my producer, Chance, observed that a parallel operation is taking place in Canada under the name of “Maple Resolve”, which includes closing some 133 Target Stores, not merely for the two months the operation is officially supposed to run but for nine months at the cost of some 17,000 jobs, where their former employees are even being encouraged to find other lines of work. In my opinion, this alters the equation and leaves no doubt:

What conclusion should we draw? 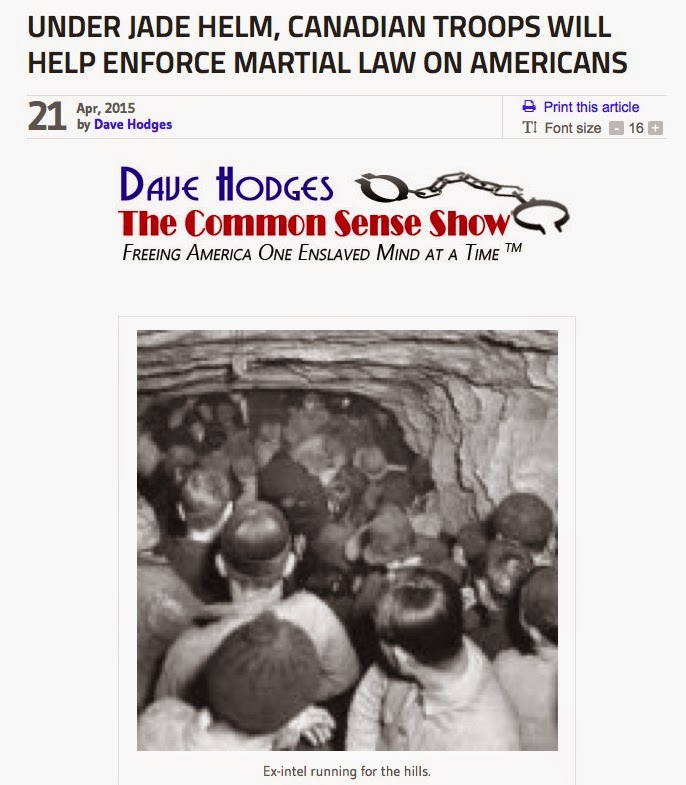 Several features of “the big picture” strike me as enormously important. Walmart and Target are stores with mass appeal for the middle and lower class of both Canadian and American society. That some 15 Walmarts should be taken over in the United States alone and now another 133 Targets in Canada is alarming!  There is nothing “bogus” about this story. And other sources, such as David Hodges’ “Common Sense Show” have made equally telling observations about the redistribution of resources for a purported “training op” when it entails the dismissal of 17,000 employees, who no doubt are being left in desperate straits: 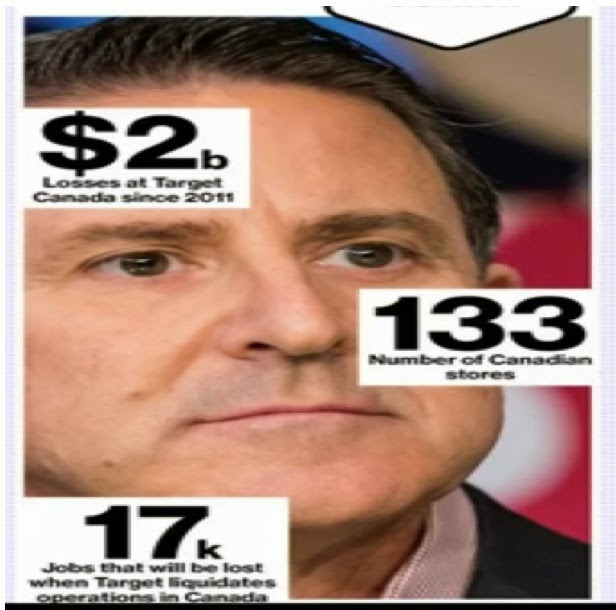 So what conclusions do I draw from my investigations to this date? Gordon Duff and Jim Dean were wrong to censor Robert O’Dowd, whose article was entirely appropriate for a journal devoted to “clandestine activities”. JADE DOWD is not a “training op” but something far more serious. When you calculate the profits per store to Walmart and to Target, they are taking an enormous hit, which can only be for some transcendent purpose that override “the conduct of business as usual”. (We are talking about billions of dollars in lost profits, not to mention the loss of highly qualified, experienced personnel to stock products, to resupply those facilities and to process check outs and deliveries.) As an investigative journalist for Veterans Today, I am committed to doing my best to expose the truth, even when it conflicts with the views of Gordon Duff and Jim Dean, who are at liberty to deal with me as severely as they dealt with Robert O’Dowd. I am committed to serve my nation and its best interests, which I do, come what may.