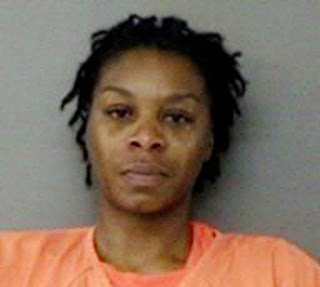 Sandra Bland of the communistic Black Lives Matter movement, a group which feels they should be allowed to override the judicial system by screaming, marching, lying, rioting, and looting, is dead.

Good riddance, you might say. But the Jew media is very concerned. Every detail of her story is of paramount importance, especially imaginary ones. However, there are some decent articles out there, although fraught with assumptions if you look carefully.

Danny Cevallos, CNN's Latino "legal analyst" asked: The officer's behavior should be viewed through at least two standards. First, was his conduct legal? Perhaps more important, even if it was legal, was it fair? And, Cevallos went on to elucidate that an officer can ask you to leave your vehicle, but wondered if Bland was unaware that this was the law. However,she first refused to put out a cigarette, this second refusal leading to increasing insistence on behalf of Officer Encinia. Cevallos put this off to Bland's ignorance, but the officer most likely, and probably rightly, realized he was dealing with an uncooperative citizen who happened to be a communist. If you watch the video below, you'll see that Bland was behaving irritated and argumentative (8:45).

Of course, I would be the first to admit I am against the system myself, although as a White racist I could care less if every member of Black Lives Matter is put to death, but getting into an argument with an officer who pulled you over is a waste of time at best and dangerous at worst.

Michael Brown not only argued with an officer, but engaged in physical confrontation with one, leading to his death. He never had his hands up. One doesn't smoke Swisher Sweets in that fashion. He was unfit to live in Western civilization. Hopefully, many are realizing this is also the case for Black Lives Matter.

However, some have instead decided to start a new movement: Black Women's Lives Matter. This will most likely result in the deaths of Black women, and then DOJ will seek to fire cops who send emails or texts that are deemed derogatory to Black women, and the DHS will replace those officers with Mossad agents, etc.

Another day in the liberal darkness of Amerika.