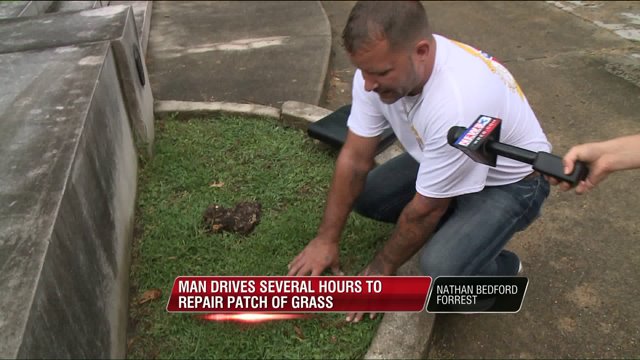 Thinking to rewrite history to their own liking, a "religious" group of anti-white racists tore up the ground at the Nathan Bedford Forrest grave, similarly to the stunt of Bree Newsome who climbed a flagpole to take down the Confederate flag before the cowardly South Carolina legislature signed onto the communist spree attacking American heritage.

Scott Hudson, a patriot with a Confederate lineage, drove many miles to repair the damage and declared it an act of vandalism, however, the black perpetrators are still free.

It is actually worse than vandalism, and constitutes no less than an act symbolizing the ongoing displacement, dispossession, and demonization of American Whites.

Again, it must be asked: If these Black people hate White culture so much, why do they insist on living in it? Why not go to Africa and help build up the Black nations?

And what are they going to do about the ONGOING slavery in Africa?