The evil gang of pedophilic, Talmudic Jew thieves and mongrels at the SPLC is up to its usual tricks again, setting up yet another pro-white organizer with the age old "accountant infiltrator" gag, versions of which have been employed on their enemies for centuries now. 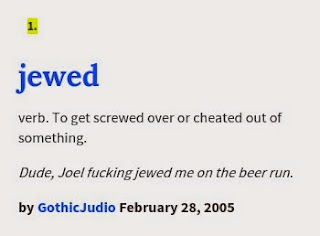 The scam basically goes like this. Some group that has awareness of the fact that Jews are Jewing everyone through the IRS and the Federal Reserve, which Jews control, gets cozened into taking the advice of some accountant who promises to help them avoid future Jewings. Then, the accountant actually commits illegalities on the client's behalf without their knowledge, says that the client told them to, or claims to have discovered illegal activities which they must now report, and then making up a fantastic story involving a Nazi torture chamber filled with Jew babies being readied for sacrifice to Adolf Hitler or some such. Then, thanks to their control of the media, they broadcast this horror story to the public, whereby they gain support for all their illegal communistic activities on behalf of world Jewry, ensuring the future control of the United States of America, and the continued milking of the white goyim cattle therein. The SPLC is then applauded for saving the Earth from the 2nd Great Holocaust, while pro-Jewish groups that have actually taken over the country and promote wars in which white people die are left alone.

The SPLC puts out an article about it in which the heroism of the accountant-spy, with almost a "decade of experience", is extolled while the bizarre, raving lunacy of the white supremacist in question is highlighted with conflicts with the strangely juxtaposed faggotry of said accountant-spy who is now oh so gosh darned afraid of them damn Nazis and we better take away everyone's rights immediately and go to war with Iran or we're doomed. Something like that.

The unconstitutional nature of the IRS is left completely alone, of course, as is the hilarious story of how a Jew conspiracy created the Federal Reserve by blackmailing Woodrow Wilson. This would reduce the sheen of legitimacy, and we can't have that!

With any luck, the Jews threaten the white supremacist with 100 years in prison unless he agrees to hang out with Daryl Davis or Al Sharpton and affirm the Holohoax and then say he's changed his ways and now thinks that white women should only have sex with black men. 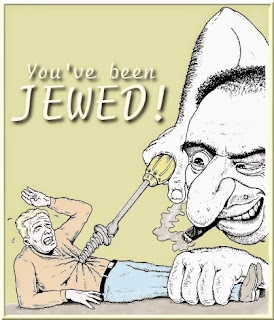