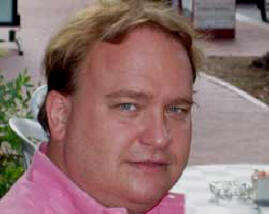 Gordon Duff, of Veteran's Today, has put out that Michael Collins Piper was very likely assassinated by the Mossad or by "Israel".

Could this be? Well, there's plenty of motivation for them to do such a thing with a little bit of digging (and I'm sure some could build the case more than I or Duff have).

Duff provided a list of names of other journalists who have befallen a state of premature death under suspicious circumstances, and I believe we're all wide open to death by Israeli headhunters in this formerly brave land. Michael Hastings was one of the more picturesque of these deaths, whose car exploded right after he said that the powers that be were closing in.

Realistically, it seems that the public have drifted so far into the death realm of apathy and tolerance that the PTB can do whatever they want as long as there's still TV.

If Piper's assertions about Alex Jones being a judas goat meant to subvert the patriot movement are true, and his well-founded studies on Adolf Hitler being an actual hero as well, of course the Mossad would kill him.

To misuse a quote from a movie, Fight Club, which was, of course, also a psyop meant to subvert the patriot movement: "His name was Michael Collins Piper".