How to Prove You're Not Racist 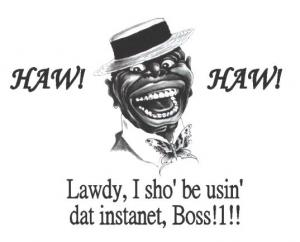 The white race is inherently racist, but our Founding Father, Karl Marx, believed that mankind could transcend nature.


In order to prove you're not racist, crackers, you can take the following actions.


1. Let immigrants into your country.


3. Let blacks into your home.


4. Let the blacks carry out your goods.


5. Let the blacks rape your wife and daughters.


6. If a random black comes up to you and says "I fucked your wife, homey" reply by saying, "Ho ho ho, that certainly is a clever jest, my African-American victim. Next time, can I watch?"


7. Give up your traditions, such as Christmas, the Confederate flag, civil war monuments, the Washington Monument (just knock it down), and the Bill of Rights.


8. Drive into the ghetto and find a black gang and give them your guns with a target painted on your shirt with "Kill whitey" written in the middle.


11. Don't watch Black Entertainment Television. It is for the entertainment of blacks only. Only watch Roots over and over.


13. Pay more in taxes to create black safety zones to protect them from your oppression.


14. If you own a restaurant, reserve the best tables for blacks.


15. If you own a restaurant, spit in the food of white customers.


16. Every time you see a Jew, tell them you are sorry about the lampshades and soap. Then take out photos of exploding Palestinian neighborhoods to laugh over.


17. Every time you see a black, tell them that Jesus was black and spoke in rap not parables.  For examples, Jesus was recorded to have said "I'm the king of kings, which none can deride, I bust out rhymes and make with the white genocide, I dig Karl Marx, and MLK too, I wanna rape your wife and put crackers into the zoo. Yo yo yo!"