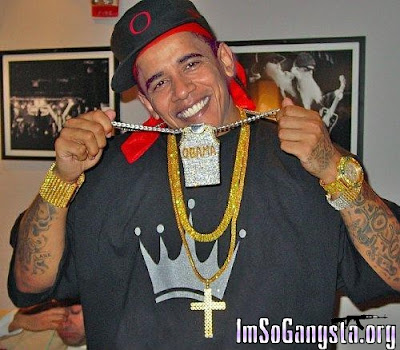 "The white race must immediately surrender to the black supremacy," said Obama, between crack hits.

Building on his mojo from Sandy Hook, Ferguson, and Baltimore, Obama also insisted that gun rights were inherently racist, and that bullets that kill white people are love letters from the black Jesus.

"A general chimpout is necessary," Obama said, "designated destruction zones and police officers who get pelted with rocks and bottles would be a bonus."